Our Projects and Partnerships

Beyond Yellingbo commenced as the From Yellingbo to Butterfield Project in 2017.

Landholders quickly showed an interest in undertaking conservation works. Their enthusiasm attracted substantial funding from all levels of government and the project area  has expanded to allow engagement of more landholders in conservation action.

Beyond Yellingbo now works with landholders on nearly 85 properties. We have a 5 year plan to continue to engage with landholders along all of the creeks that flow in and out of Yellingbo Nature Conservation Reserve, the only home of the critically endangered Helmeted Honeyeater and lowland Leadbeaters Possum.

Beyond Yellingbo is a community project, led by Friends of the Helmeted Honeyeater, Johns Hill, Macclesfield and Monbulk Landcare Groups.

Read more about the Beyond Yellingbo project in the attached Case Study.

Watch this video to hear from some of the landholders involved to find out how they benefit.

Watch this video to find out about why private land conservation is so important and the range of ways landholders can help.

Friends of the Helmeted Honeyeater have a passion for protecting and increasing habitat.

Our current projects are supported by funding through the following organisations:

The Friends nursery supplies indigenous tubestock for habitat plantings in the Woori Yallock Creek sub-catchment. It is overseen by an employed nursery manager but runs on volunteer effort.

The Friends are currently:

Friends of the Helmeted Honeyeater are key stakeholders in Yarra4Life, a major project of Port Phillip Westernport Catchment Management Authority (PPWCMA) to promote and support the protection and enhancement of native vegetation on private land throughout the Woori Yallock Creek sub-catchment. Wildlife populations such as the Helmeted Honeyeater and Leadbeater’s Possum cannot survive in isolated pockets of bushland like Yellingbo Nature Conservation Reserve indefinitely. Their long-term survival and that of a host of other fauna and flora species that co-exist with them is dependent on habitat links on public and private land.

PPWCMA has received significant funding to protect and conserve habitat for the Helmeted Honeyeater and Leadbeater’s Possum from 2010–2018.

This will predominantly focus on (but is not limited to) private land. A committee with reps from Friends of the Helmeted Honeyeater, Friends of the Leadbeater’s Possum, Yarra Ranges, Casey and Cardinia Councils, Parks Victoria, DELWP, Melbourne Water, Zoos Victoria Land for Wildlife etc.

Judith Eardley Save Wildlife Association is an amazing local organisation of volunteers that raise many thousands of dollars each year to help protect Australia’s wildlife. Three properties have been purchased in recent years and handed over to Parks Victoria management to be included as part of Yellingbo Nature Conservation Reserve directly providing habitat now and into the future for many species in this region.

Judith Eardley Save Wildlife Association are true friends to Friends of the Helmeted Honeyeater and we would encourage you to visit their shop when you’re in Healesville. Donations and volunteers are also welcomed at Judith Eardley!

The YCACC is responsible for overseeing and coordinating land management for nature conservation in the Yellingbo Conservation Area, increasing the profile of the biodiversity and ecological values of the area and improving their protection. The committee will provide a first point of contact for stakeholders and the community about the Yellingbo Conservation Area and will communicate with the community through each step of the process.

In July 2013, after consultation with a Community Reference group, VEAC produced the Yellingbo Investigation Final Report. In March the Government released their response to the VEAC Final Report endorsing the recommendations and the Yellingbo Conservation Area Coordinating Committee (YCACC) was established in December 2015.

Friends of the Helmeted Honeyeater are key stakeholders in a project to bring together, and protect under legislation, the major remnant bushland reserves and parks in the region. The park would be called Yellingbo State Emblems Park. Together with other environmental groups the Friends are working with State government to bring the streamside vegetation corridors linking Yellingbo Nature Conservation Reserve, Dandenong Ranges National Park, Bunyip State Park, Warramate, Butterfield Reserve and Kurth Kiln State Park under unified legislation to protect them into perpetuity.

This project has seen great progress in 2014. Read more:

July 2014. Applications are sought for four (4) community representative members to the Yellingbo Conservation Area Coordinating Committee. They will join a representative from each of Parks Victoria, Dept of Environment & Primary Industries, Zoos Victoria, Trust for Nature, Port Phillip & Westernport CMA, Yarra Ranges and Cardinia Councils. A convenor will be appointed by the Minister for Environment and Climate Change.

11 March 2014. The Victorian Government Response to the Victorian Environmental Assessment Council (VEAC) Yellingbo Investigation was tabled in Parliament. The government response supports all of VEAC’s recommendations in full or in principle.

The organisations that participate in the Recovery Team are:

The Ambassadors’ Program is an enrichment program for primary school aged students who show leadership skills and demonstrate an interest in learning more about the Helmeted Honeyeater and its place within the environment. Through hands on experiences, the program builds knowledge about our local endangered species and encourages children to be Ambassadors amongst their peers.

Since 2007 both Yellingbo & Macclesfield Primary Schools have been involved in this program. With the closure of Yellingbo PS in 2016, Berwick Lodge PS and Chum Creek PS have joined the program.

The Yarra Ranges Landcare Network currently comprises 12 groups – 11 Landcare groups and 1 Friends of group. The Network aims to connect and support these groups in the valuable work that they do tackling pest plants and animals, waterwatch, revegetation, community education and more.

The Network are covers the Yarra Valley, from the north at the Upper Yarra, heading south as far as Cardinia Hills and westerly to Olinda, Monbulk and Thompson’s Rd group.

Anne Fitzpatrick is the Landcare Facilitator and can be contacted by: We would like to acknowledge the support of our funding partners 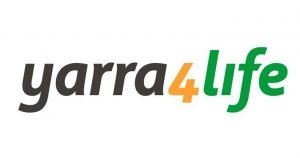 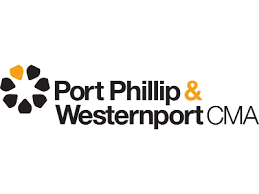 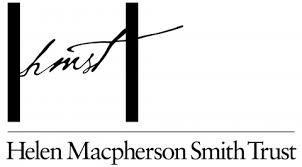